Pyongyang’s annual marathon is your chance to run the streets of the capital along with hundreds of locals and visitors — the most amazing race of your life!!

Plus, tour the city’s highlights including; the Pyongyang Metro, one of the deepest subway systems in the world, the Mansudae Grand Monument, the massive bronze statues of the DPRK leadership in downtown, and the Victorious Fatherland Liberation War Museum, the country’s museum to the Korean War and where the captured USS Pueblo is kept.

The tour will also get you down to historic Kaesong, capital of the medieval Koryo Dynasty, for a DMZ tour at the Panmunjom Joint Security Area as well as a tour of the city itself.

Open to amateur runners since 2014. You can run the 5k, 10k, Half Marathon or Full Marathon. Every runner of every distance is invited to participate in the race’s opening ceremony, which involves a lap of Kim Il Sung Stadium before heading out onto the streets of Pyongyang. All runners then have the chance to finish their race inside Kim Il Sung stadium in front of a capacity crowd of 50,000 people. It’s the closest experience to being in the Olympics! 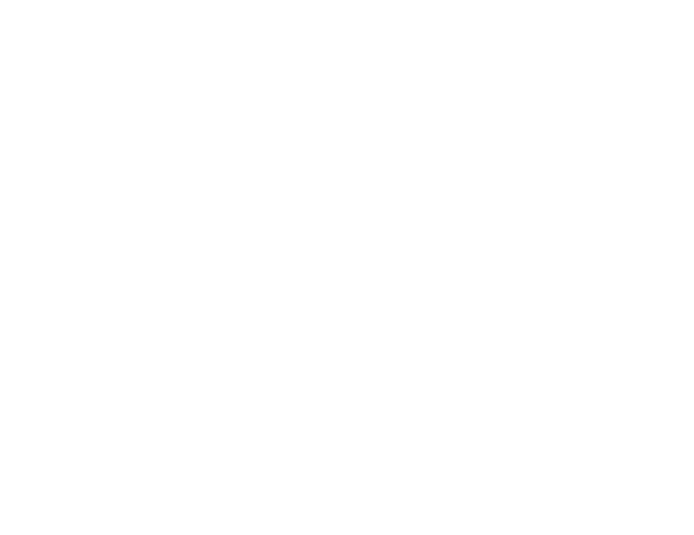 Join In Groups, The Great Outdoors, Epic, All

*Pre-Tour Briefing | We require all travellers to attend a pre-tour briefing that covers regulations, etiquette, safety, and practicalities for travel in North Korea. The briefing lasts approximately one hour followed by a question and answer session. Please be punctual for the briefing. You can come early, meet your fellow travellers, pay any outstanding tour fees and browse our collection of Korean art. A proper briefing is an essential part of travel to North Korea. For Pyongyang Marathon tours, we will hold several briefings to suit each of the transport entry & exit options. Please read below for further information. AM For those departing from Beijing by train your briefing will be held in the morning on this day in Beijing, expected time is 10:00 (to be confirmed) PM For those departing from Beijing by flight your briefing will be held in the afternoon on this day in Beijing, expected times are 14:00, 16:00, and 18:00 (to be confirmed) 17:00 | Train travelers departing from Beijing will depart by domestic sleeper train to Dandong, the Chinese city on the border with the DPRK. Please arrange independent travel to the train station and arrive at least an hour and a half early for the train departure. For those departing from Dandong by train your briefing will be held in the evening on this day in Dandong, expected around 18:00-19:00 (exact location & time subject to final confirmation) Overnight | Hotel in Beijing/Dandong not included in the tour.

April 9 | Thursday AM Meet your tour guide and fellow travelers at Dandong Railway Station (exact time and place TBC) before getting on the train to Pyongyang. After crossing the border from Dandong to Sinuiju by train, customs officials board the train for immigration and customs checks before the train continues its journey to Pyongyang. Flight takers, there will be a free bus from the downtown office to Beijing Capital Airport Terminal 2. Exact time TBC at the pre-tour briefing. Alternatively, meet the group at the Air Koryo check-in counter. PM Flight departure from Beijing on Air Koryo - flight times are TBC and subject to change. Currently expected to depart around midday/early afternoon. A 1.5-hour flight with basic lunch. Arrival to Pyongyang's Sunan International Airport (FNJ). DPRK immigration and customs, meet your Korean guides and transfer to the city. An approx. 5-hour long train journey will take you through the Korean countryside to Pyongyang Railway Station with expected arrival at 18:45, where you will meet your guides and then transfer to your hotel for check-in & dinner.

Historic Kaesong and the DMZ

April 10 | Friday AM Drive 160 km south the 'Reunification Highway' to Kaesong, the historic capital of the Koryo Dynasty (918-1392) and today located near the Korean Demilitarized Zone. 3-hour drive. Panmunjom Armistice Village and DMZ | The site of the signing of the 1953 armistice that ended the Korean War and the demarcation line between north and south. On some days it is possible to visit the hut straddling the line, where negotiations between both sides once took place. Here we will be accompanied by military guides from the Korean People's Army. Kaesong Koryo Museum | Once the Songgyung Academy, a Confucian school, and now a museum on the Koryo Dynasty exhibiting historical objects, statues, pagodas, and porcelain from that era. A UNESCO World Heritage Site. Kaesong Korean Stamp Exhibition Hall | Store selling stamps, postcards, local ginseng, souvenirs, art, and more! One of the best postcard collections in the country and friendly staff. Traditional Royal Korean Lunch (pangsanggi) | A meal made of 12 dishes served in brass bowls fit for the kings of old. The more dishes, the more distinguished the guest! Traditional Korean 'sweet meat soup' is an option here (5 EUR). PM Drive back to Pyongyang via Sariwon Folk Village and City View | Mock-up of a traditional Korean town which includes a history museum, food street, and pavilions. There is a small tavern selling Makkoli, traditional rice wine. Climb a nearby hill for a view of Sariwon City and the surrounding plains. Monument to the Three-Charters of the Reunification | Iconic arch over the Pyongyang-Kaesong Highway dedicated to joint meeting between Koreas, north and south. Also known as the ‘Arch of Reunification’.

April 11 | Saturday AM Mangyongdae Native House | Birthplace and childhood home of President Kim Il Sung. A traditional Korean house in what is today a quiet suburban park. Kim Il Sung Square | Pyongyang’s central square lined with government ministries, museums, and The Grand People’s Study House. Foreign Languages Bookshop | Store selling Korean publications translated into English, German, French, Russian, Chinese, and Spanish. Also pick up DVDs, postcards, and small works of art. Monument to the Party Foundation | Iconic stone hammer, sickle, writing brush representing the workers, farmers, and intellectuals which make up the Worker's Party of Korea. Victorious Fatherland Liberation War Museum | Tour this world-class museum led by a local museum guide. Renovated in 2012 and it exhibits the Korean War from the DPRK perspective containing artefacts, documents, photos, and lifelike dioramas. The exterior grounds house the War Victory Monument and displays of Korean People’s Army Hero Equipment and captured equipment from the US military, including the USS Pueblo. Central to the understanding of the country today and highlight of the trip. PM Pyongyang Metro Tour | One of the deepest metro systems in the world with artwork reflecting the name of each station. Ride six stations on the Chollima Line. Arch of Triumph | A massive archway made for the 70th anniversary of the birth of President Kim Il Sung in 1982 and commemorating the liberation of Korea from Japanese colonial rule in 1945. Larger than its counterpart in Paris. Kim Il Sung Stadium & Marathon Route Preview | Visit the stadium where you will start and finish your race, and then drive the marathon route to familiarise yourself with the roads, turning points and toilet stops. Optional screening of Run and Run, a DPRK film about marathon runner Yong Ho who faces the physical and mental struggles of marathon participation. After both his father and work unit manager tell him to stop running, he becomes more determined to achieve his marathon dream. The film will be shown at the Pyongyang International House of Cinema (80 RMB entry fee paid on the spot).

The big event! The Pyongyang Marathon 2020!

April 12 | Sunday AM The 2020 Pyongyang Marathon | This is your chance to run the streets of Pyongyang in the DPRK’s largest annual sports event! Join the Full Marathon, Half Marathon, 10km or 5km race — all of which follow a return course that starts and ends in Kim Il Sung Stadium in front of a 50-000-strong capacity crowd of local Koreans. The full route, which has been certified by both the IAAF and AIMS, leads right through the city centre, past a number of iconic landmarks, and then out into Pyongyang's less urban districts. Don’t miss this incredible opportunity to see more of the capital and interact with people along the course. PM Shower, resting time and lunch | After the marathon's closing ceremony, we'll be heading back to the hotel to recharge, shower and rest before heading out for a relaxing afternoon of sight seeing in Pyongyang Mansudae Fountain Park | The historic centre of Pyongyang popular with local citizens after school and on weekends. Flanked by examples of ancient and modern architecture from different eras. Mansudae Grand Monument | Enormous bronze statues of President Kim Il Sung and Leader Kim Jong Il overlooking downtown Pyongyang. A presentation of flowers and bow by the group is customary here (5 EUR). Please note this is a government-administered sight and visits are subject to cancellation. Visits are optional and require a certain dress code (close-toed shoes and covered legs and shoulders). Here we will also see the Chollima Monument, or ‘thousand ri (400 km or 250 mile) horse’ -a symbol of speed- commemorating the quick rebuilding of the country in the 1950s following the Korean War. Kwangbok Department Store | Opportunity to use Korean currency and shop with the citizens of Pyongyang! Try the snack stand on the first floor for some of Pyongyang’s best local eats. Tower of the Juche Idea | Iconic tower dedicated to the DPRK’s guiding philosophy on the Taedong River. Take the elevator to the top for great views of the city (elevator ticket is 5 EUR). Local Beer Bar | Relax at one of Pyongyang’s local bars to wrap up an exciting day.

April 13 | Monday AM For those opting to fly out, flight departure from Pyongyang on Air Koryo with a expected arrival at Beijing Capital Airport (PEK) Terminal 2 by midday. For those finishing the tour in Dandong you can go on to explore this fascinating border city, the surrounding areas, or make your own way to Beijing or elsewhere in China. Expected arrival into Dandong is approximately 16:23 local time. For those finishing the tour in Beijing you will transfer in Dandong for onward travel to Beijing with scheduled arrival to Beijing Station on Wednesday, April 14th at 08:38. For this tour the default option is hard sleeper (six beds per berth). End of Tour.

Is this trip guaranteed to run?